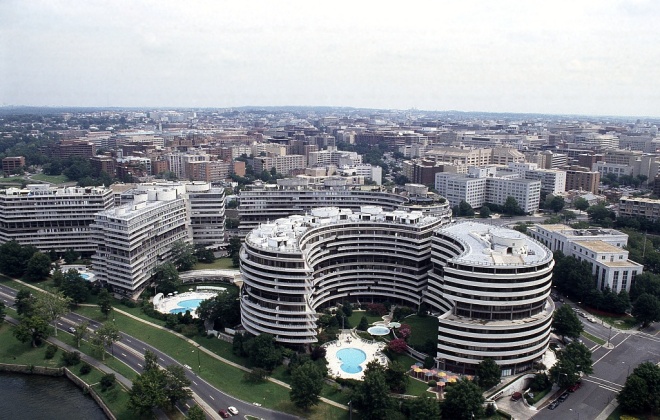 The term ‘gate’ has developed into a suffix we use to describe a scandal, and the history behind the word comes from the iconic Watergate Hotel and Office Building.

The building is on the National Register of Historic Places and serves as an architectural landmark, famous for one of history’s biggest scandals- the Watergate Scandal. 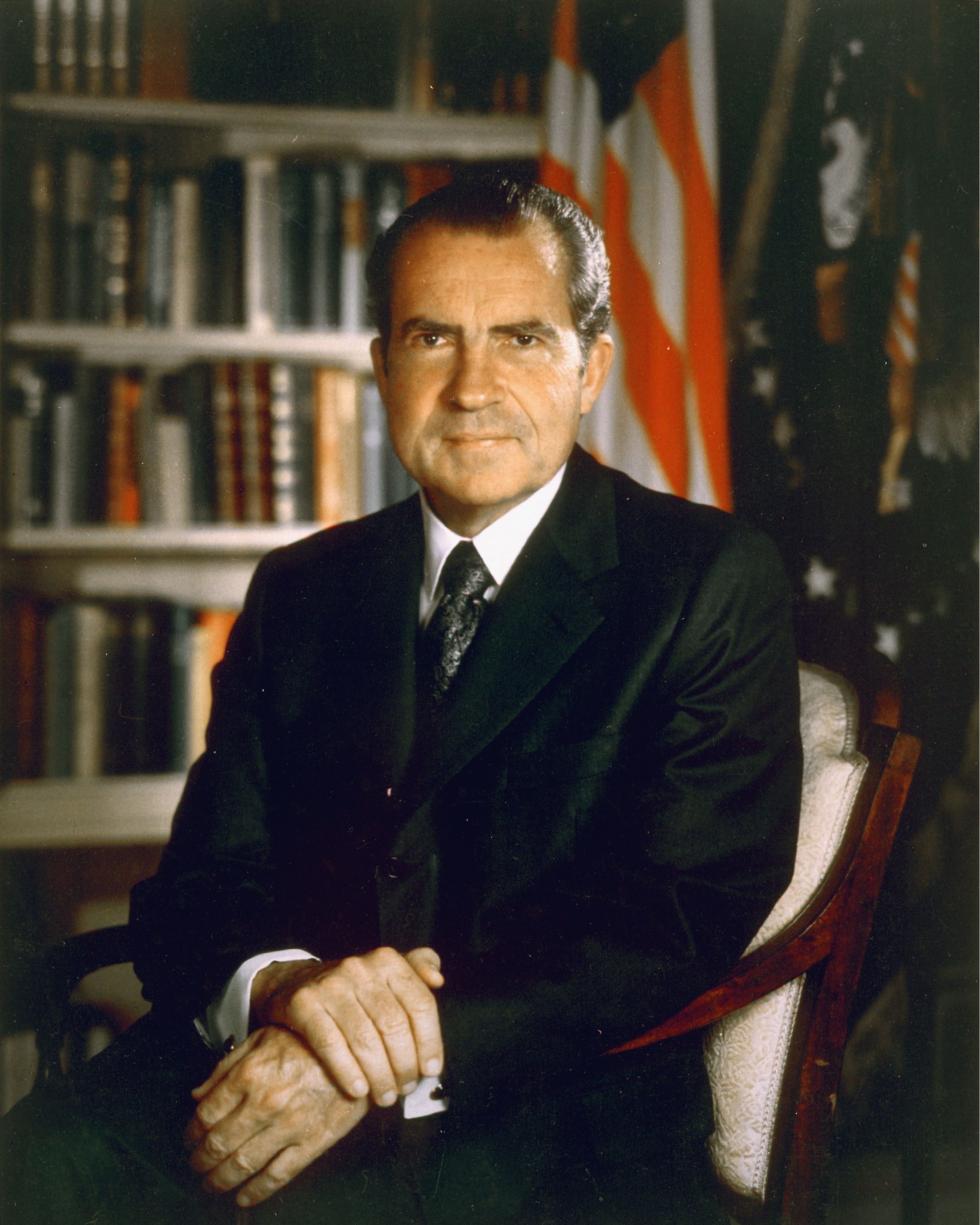 The sixth floor of the Watergate Hotel and Office Building was home to the Democratic National Committee in 1972. The headquarters was burglarized on June 17, 1972 and President Nixon and his administration attempted to cover up their involvement in the break in. Nixon had tapped rooms and recorded conversations while in office, which eventually, led to his demise and resignation as President on August 9, 1974.

Being the first mixed-used development in Washington D.C. the developers had wanted the complex to be a city within a city and to have it provide amenities such as 24 hour receptionists and room service, a health club, restaurants, shopping mall, medical and dental offices, grocery and more. All of the original buildings were proposed with heights reaching 16 floors, but that plan was later scrapped since businesses and groups in the area often protested. After long approval processes, the construction of the complex would settle on five buildings that didn’t have increased height, except for the hotel.

The approval boards for the complex were often at battle with the Italian firm, Societa Generale Immobiliare, in charge of its design. Construction was often halted due to differences in architectural style, but was finished in 1971. At the time, the complex was considered one of the most desirable living spaces for members of Congress and political affiliates. 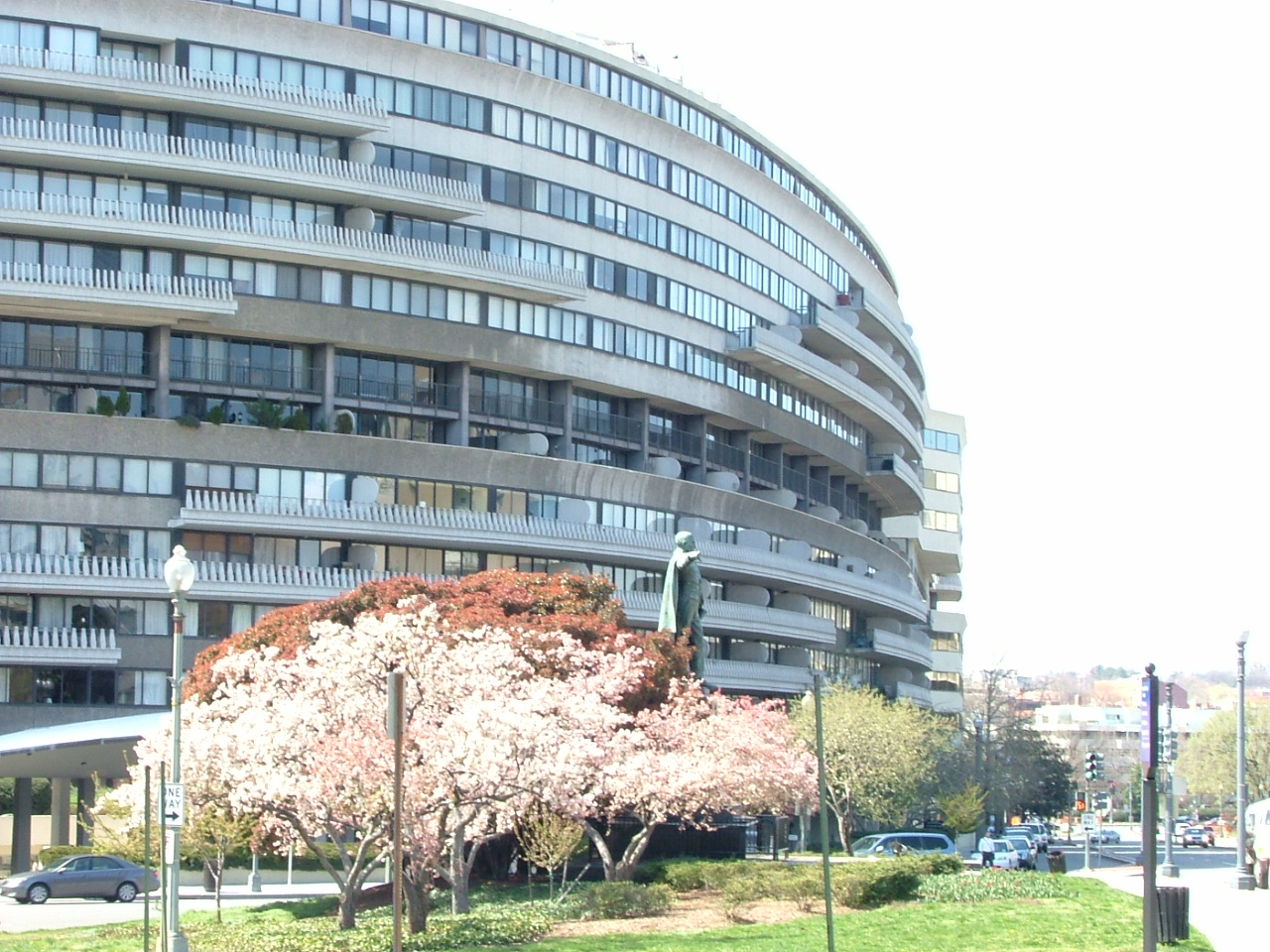 The architecture on the complex was different from what people were used to seeing in the city of Washington D.C. The modern architecture with curvy design wouldn’t catch on right away, but soon critics were relating the curvy nature of the buildings to graceful ships.

The Watergate name was derived from the steps of the Lincoln Memorial that faced the Potomac River, as the steps were planned to be the official reception area for arrivals from the water taxi from Virginia. However, the steps were never used in that way.

Currently, the hotel is under renovation and will be finished in the summer of 2015. With the aid of innovative technologies and humane bird control systems, BirdMaster is helping to preserve our architectural history by keeping one of our country’s most iconic landmarks free of pest bird infestations.