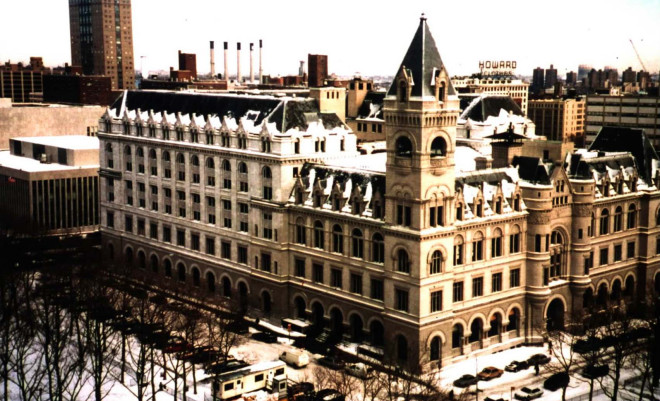 The old Federal Building and Post Office located at 271 Cadman Plaza East in Brooklyn, New York is a notable main post office, courthouse, and federal office building. In 1930, it was expanded to include the courthouse for the United States Bankruptcy Court for the Eastern District of New York and offices for the United States Attorney. In 2009, the US Congress passed a law which renamed the building the Conrad B. Duberstein United States Bankruptcy Courthouse in honor of chief bankruptcy judge Conrad B. Duberstein. 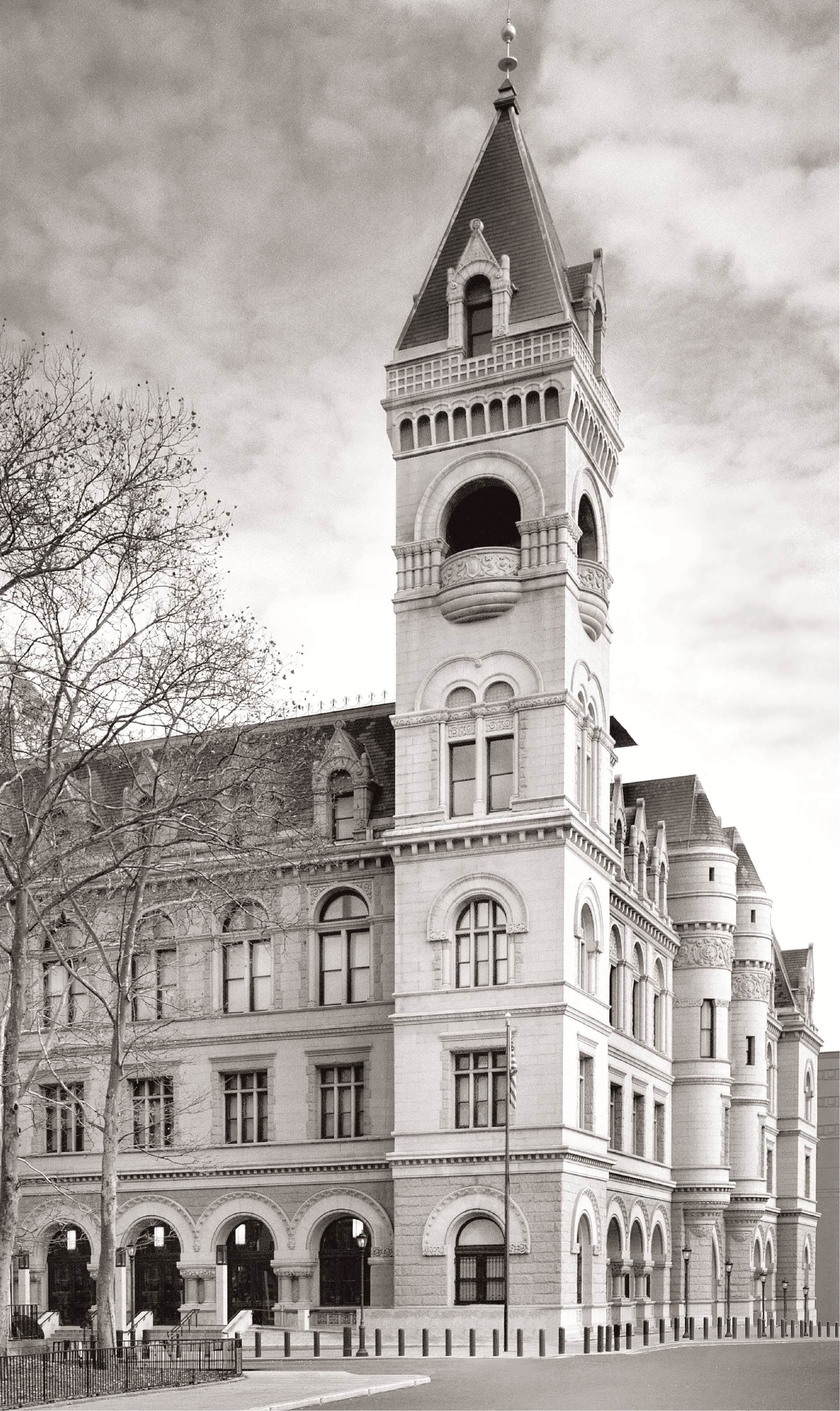 It was first designed in 1885 by Mifflin E. Bell and his original Romanesque design was later revised by William A. Freret, whose final product was an even more striking Romanesque building than Bell had envisioned. The outer construction was finished in 1891 and the interior spaces were completed a year later. As the local population grew, a bigger building was required. Since the building only occupied the southern half of the lot, it was expanded at the north side in 1930 by James A. Wetmore, an acting supervising architect of the U.S. Treasury Department. The addition housed 2 new courtrooms and in 1966 was designated a landmark by the New York City Landmarks Preservation Commission. In 1974, it was listed in the National Register of Historic Places. 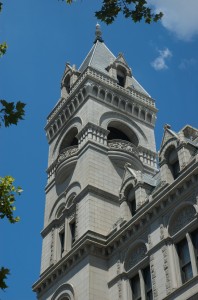 Today, the building still houses postal services as well as the US Bankruptcy Court, the US Trustee, and the Offices of the US Attorney. The beautiful building is a living illustration of Romanesque Revival architecture with its intricate dormers, iron roof cresting, steep roofs, and the scenic corner tower. The original part of the building is 4 stories in height while the addition is 7 stories tall and the exterior has remained mostly unchanged. Rectangular windows are featured on the 2nd floor, while round arch openings are found on the 3rd. The 4th story incorporates steeply pitched dormers with round arch windows and the slate-covered roof is topped with decorative iron cresting. The prominent square corner tower rises above the roof of the original building casting a picture-perfect shadow.

The most notable interior space is the atrium located in the center of the original part of the building, rising from the 2nd to 4th floors and is enclosed by a 3-level loggia with each level supported by cast-iron columns. During World War II, a skylight that originally illuminated the postal work floor was covered to comply with black-out laws that were implemented to protect the country from enemy bombings. 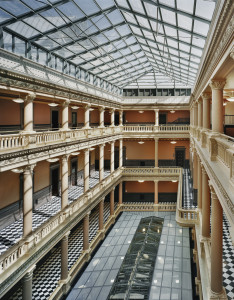 In 1999, the U.S. General Services Administration (GSA) purchased it and began extensive renovations. This included the addition of new courtrooms and the restoration of the old ones. Original windows, numerous site features, and interior and exterior materials were also restored.  A U-shaped green glass and aluminum curtain wall was added to the 1933 portion of the building with new skylights that admit natural light and also refurbished some interior finishes. The windows and doors were also renovated. On the exterior, the roof cresting was repaired and historically appropriate street-lights were installed on site. The design, which was completed by R.M. Kliment & Frances Halsband Architects, received a 1998 Design Award from GSA.

Over the last four years the building exterior has undergone a major restoration by Nicholson & Galloway, a very experienced NYC contractor. It was overseen by the Boston architectural firm of Goody Clancy. BirdMaster has worked extensively on other Landmark projects with both of these firms to deliver invisible and effective bird deterrence. PermaNet Marble is an almost perfect match for the restored terra cotta and Springuard Trident blends seamlessly with the cornices and ledges. By mitigating the long term damage caused by the local pigeon population the life expectancy of the restoration work is greatly extended.