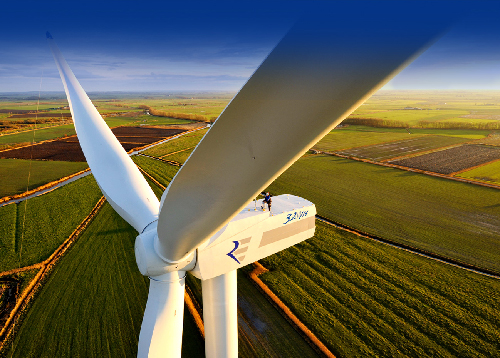 There has been a lot of talk about the effects of wind turbines used for harvesting electricity and their effects on wild bird populations. Unfortunately, wind turbines do, in fact, kill a number of birds annually. But as studies show, wind turbines are responsible for a very small portion of unnatural bird deaths. They kill relatively few birds compared to other factors such as:

Experts affirm that 30% of all bird deaths are due to natural causes, like baby birds falling from nests, while about 0.1% of all unnatural bird deaths in the United States each year are blamed on birds colliding with Wind Turbines. So in reality, to save our bird populations and lower their mortality rates, it would take more than simply banishing the wind turbines all together. The American Bird Conservancy recommends implementing careful siting considerations, mitigating operation and construction hazards, avian monitoring, and compensation to reduce and redress unavoidable bird mortality and habitat loss. Zero turbine-related bird deaths would be the ideal scenario but that’s an unrealistic goal as far as energy production goes.

For now, let’s look forward to smarter placement of wind turbines and more bird-friendly design in order to further reduce the number of bird deaths resulting from one of the best eco-friendly energy sources available today.

Let’s protect the birds, as BirdMaster does. Constant research has led us to provide humane avian control solutions that ensure birds are always safe and never harmed. They simply fly away to their natural habitat!

Together we can keep the birds safe!