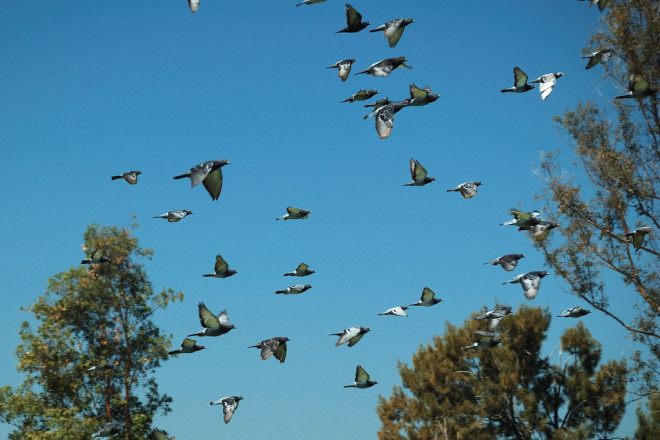 The city of Henderson in Nevada is facing a serious pigeon infestation. An ongoing increase in the pigeons’ population has been an issue for the city. These pest birds have been taking over the city’s buildings and public areas over the years.

Believed to be the cause of 60 different diseases, pigeons are now the target of a new law in Henderson. The city is concerned with a large number of pest birds roosting and nesting all over the city, and is concerned that the pigeon population is still growing.

They believe to be dealing with 750,000 to a million pigeons in Clark County, and are estimating that number to double every four years.

“With pigeons come pigeon droppings. Those droppings can contain diseases and do damage to homes. The city of Henderson has now added an ordinance which declares pigeons a public nuisance.

‘Basically you can’t do anything that creates an attractive [environment] for the pigeons,’ Dr. Gary Weddle with Henderson Animal Control explains. ‘This ordinance is directed towards the person that’s attracting the pigeons.’

For instance, if a neighbor leaves pet food out that is attracting pigeons, you may report that person.

“It’ll be complaint driven; if there’s an issue we’ll come over and talk with them,” Weddle continued.

The first visit will be a warning, but repeat offenders could be charged with a misdemeanor. That comes with anything up to a $1,000 fine or six months in jail.”

Pigeons are a serious nuisance and they are extremely hard to control without implementing effective bird control systems.