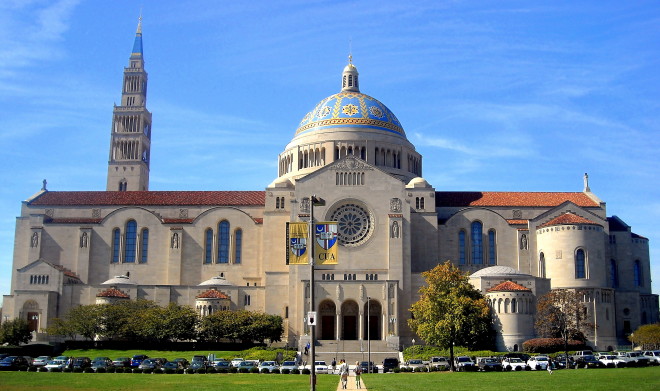 It’s the eighth largest church in the world, the largest Catholic church in the United States and the tallest habitable building in Washington D.C.

The Basilica of the National Shrine of the Immaculate Conception has been standing proud since it opened in 1959. 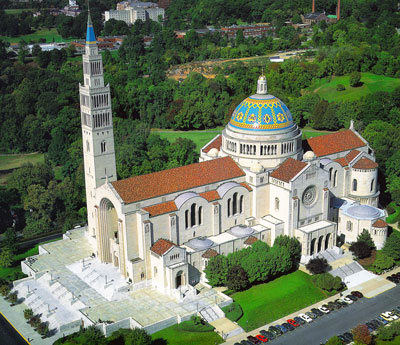 Believe it or not, the Basilica’s dome is only 7 feet, making it smaller than the dome of the United States Capital. But its size doesn’t take away from its beauty.

With medieval inspiration, the church was built heavily with masonry walls and columns instead of steel and concrete. The blueprints were designed in order to hold 6,000 people and include some modern amenities.

In all, there are 70 chapels. The Basilica uses art and sacred images on the sides of the church to achieve a Romanesque-Byzantine look. Each arch outside is lined with Pewabic Pottery tile and ceramic medallions on the ceiling, and sitting inside are 14 stations of the cross for the crypt.

Now, if that isn’t impressive! 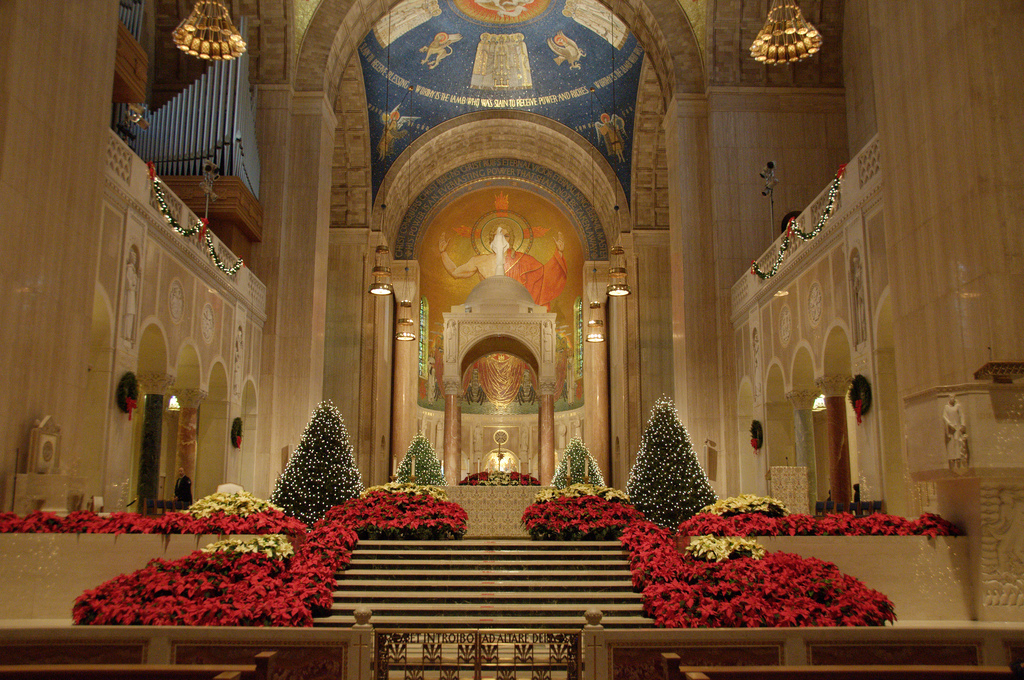 Inside, the architecture features a Greek style with mosaics to decorate the domes. Some say, it even reminds them of the Basilica of St. Mark in Venice, Italy!

A church this elegant is sure to throw a fantastic party! Maybe you’ve even seen it?

BirdMaster loves a good celebration, so we’ll continue to preserve this landmark and keep it rockin’!