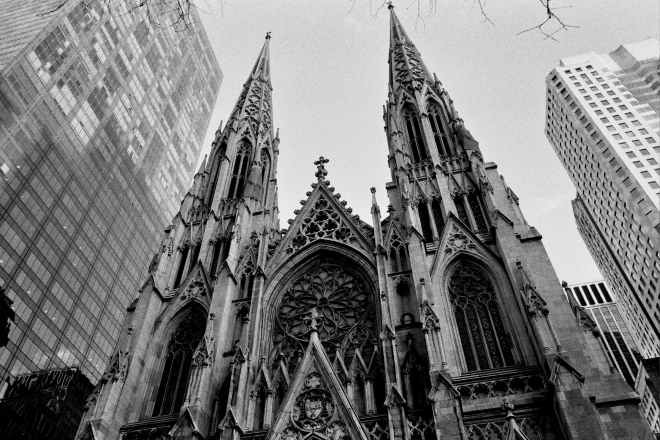 The Neo-Gothic styled Roman Catholic Cathedral church is a staple of New York City. The famous landmark marks a turning point in the city’s history where religious freedom was viewed as the norm.

In 1976, the cathedral was declared a National Historic Landmark. Not only does it reside in history, but the cathedral has found its place in pop culture as well. The landmark is featured in several hit films, including The Gremlins and two of the Planet of the Apes movies.

After fundraising money through a local fair, construction for the church began on August 15, 1858 under the supervision of architect, James Renwick Jr. He designed his vision of marble elegance but, due to the Civil War, construction was halted and didn’t resume until 1865. 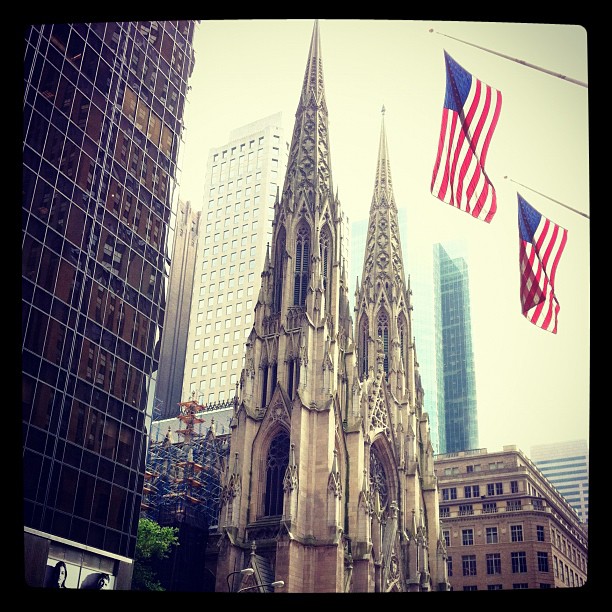 When construction resumed, the Gothic church had two iconic spires built, which spike up from the ground at 330 feet. Both spires were completed by 1888, before the Lady Chapel, designed by Charles T. Mathews, was built in 1900. The church itself features work by a number of different artists. The stained glass windows of the Lady Chapel were designed by English artist, Paul Vincent Woodroffe, between 1912 and 1930. The stained glass for the cathedral itself highlights some of the greatest artists from Boston as well as those from France and England. Sitting next to some of the most modern skyscrapers, St. Patrick’s Cathedral is the perfect contrast of history. The 135-year-old church is impressive and built entirely of brick clad in Tuckahoe marble that was quarried in Massachusetts and New York. Currently, the cathedral can comfortably sit 2,200 people but that could change in the future.

On Saint Patrick’s Day in 2012, the Cardinal announced that the cathedral will undergo a $177 million dollar renovation to repair its architecture of crumbling bricks, faulty heating, acid rain and pollution, from years of wear and tear. Workers will spend hours repairing and restoring the church architecture as well as the stained glass windows. The project should take around five years. 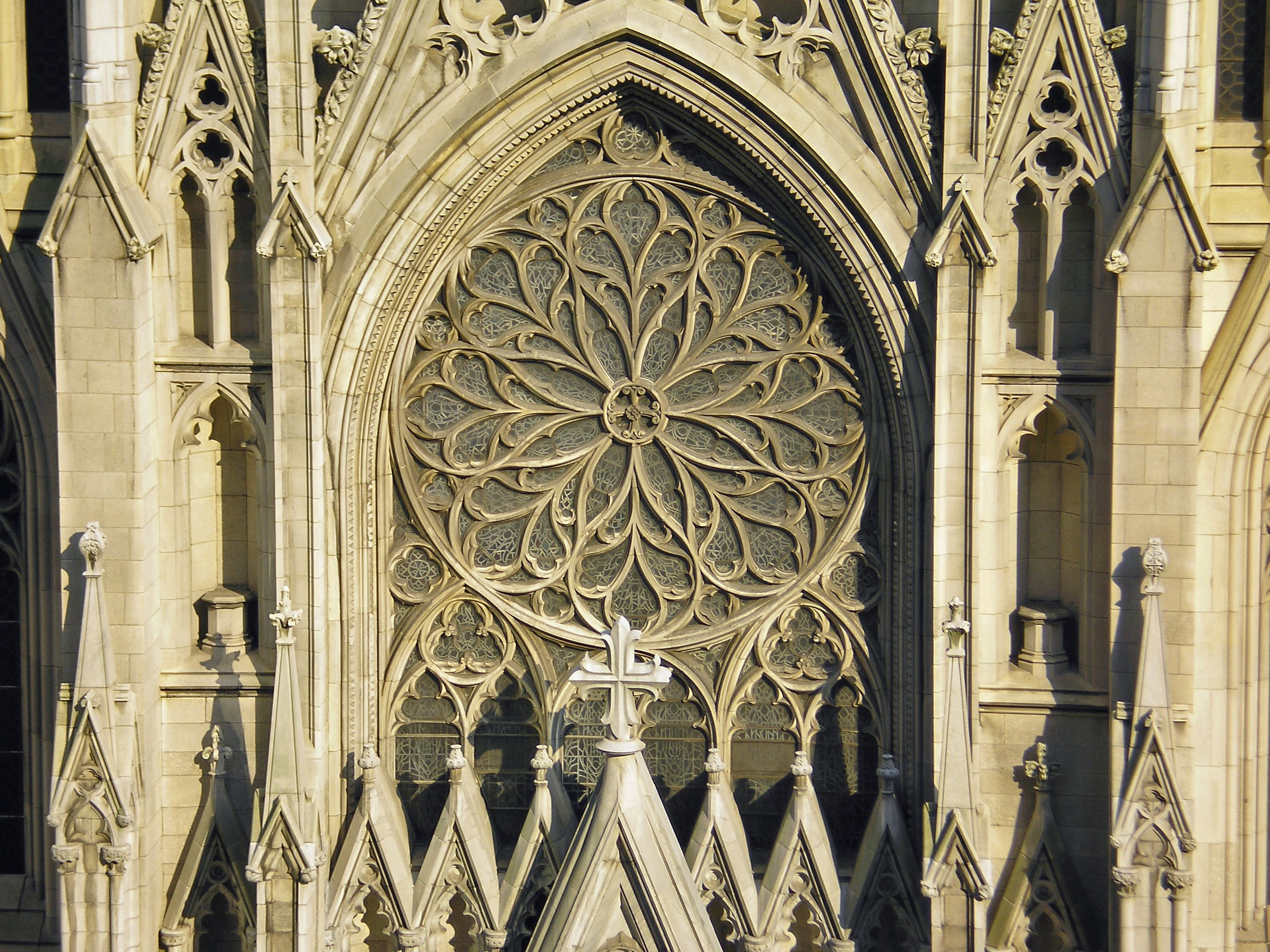 BirdMaster has helped preserve the St. Patrick’s Cathedral from pest birds, so this historic landmark can continue to inspire well into the future. As those involved with the cathedral say, “[it] remains a gift from one generation to the next,” and that is definitely something BirdMaster stands by.