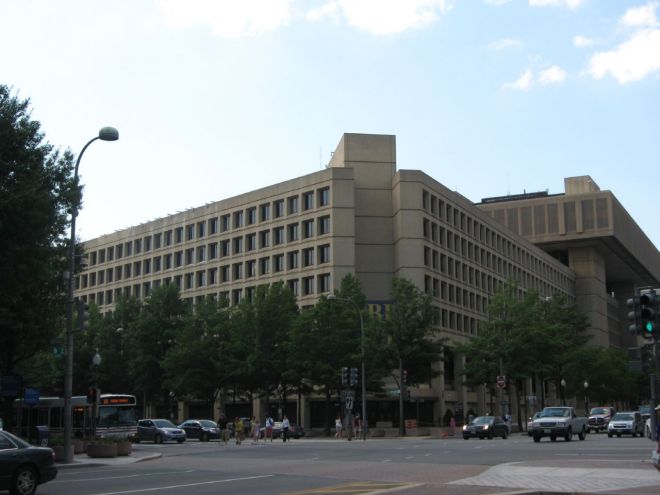 Washington D.C. has long been the home of finding America’s most wanted. Since 1908, the Federal Bureau of Investigation, better known as the FBI, has been hunting down our country’s criminals.

Up until 1975 the main offices of the FBI were housed inside the Department of Justice building. Proposals to move its headquarters to their own separate building were halted due to WWII, but a building for the department was built by May of 1974.

The General Services Administration or, the GSA, which handles all of the public building construction, hired the architects of the firm Charles F. Murphy and Associates of Chicago. They also hired Berswenger, Hoch, Arnold and Associates of Akron, Ohio for the engineering portion of the project.

Located between 9th and 10th streets in Washington D.C., the building for the headquarters had been a simple design. The FBI had one request- that the building be a traditional box-like structure. In the middle of the building would house the central core files, with offices surrounding that. 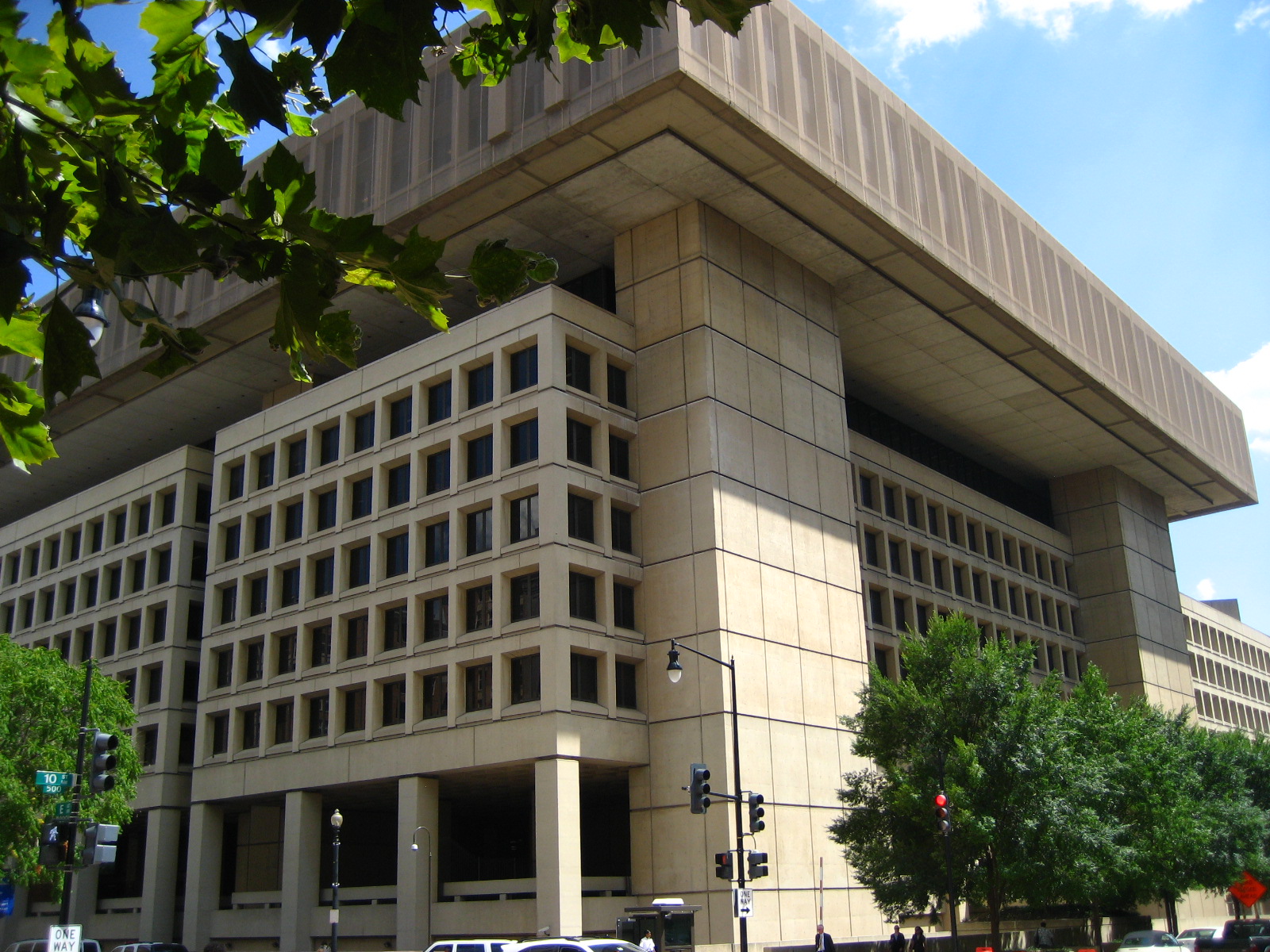 However, The Pennsylvania Avenue Advisory Council urged the architects to change the design in order to make it more attractive for tourists. With security in mind, the architects hatched a design with an open mezzanine and courtyard, though the access is limited. The first floor of the building would be closed for security reasons and recessed panels went up along the ground floor to give the illusion of two-story columns- making it look like an arcade, and blend
with the rest of the shops and tourist stops on the street.

The outside of the building would be poured concrete consisting of crushed dolomite limestone with contrasting marble, granite or limestone. Concrete had been poured over molds so that there were evenly spaced holes for an architectural feature on the building. 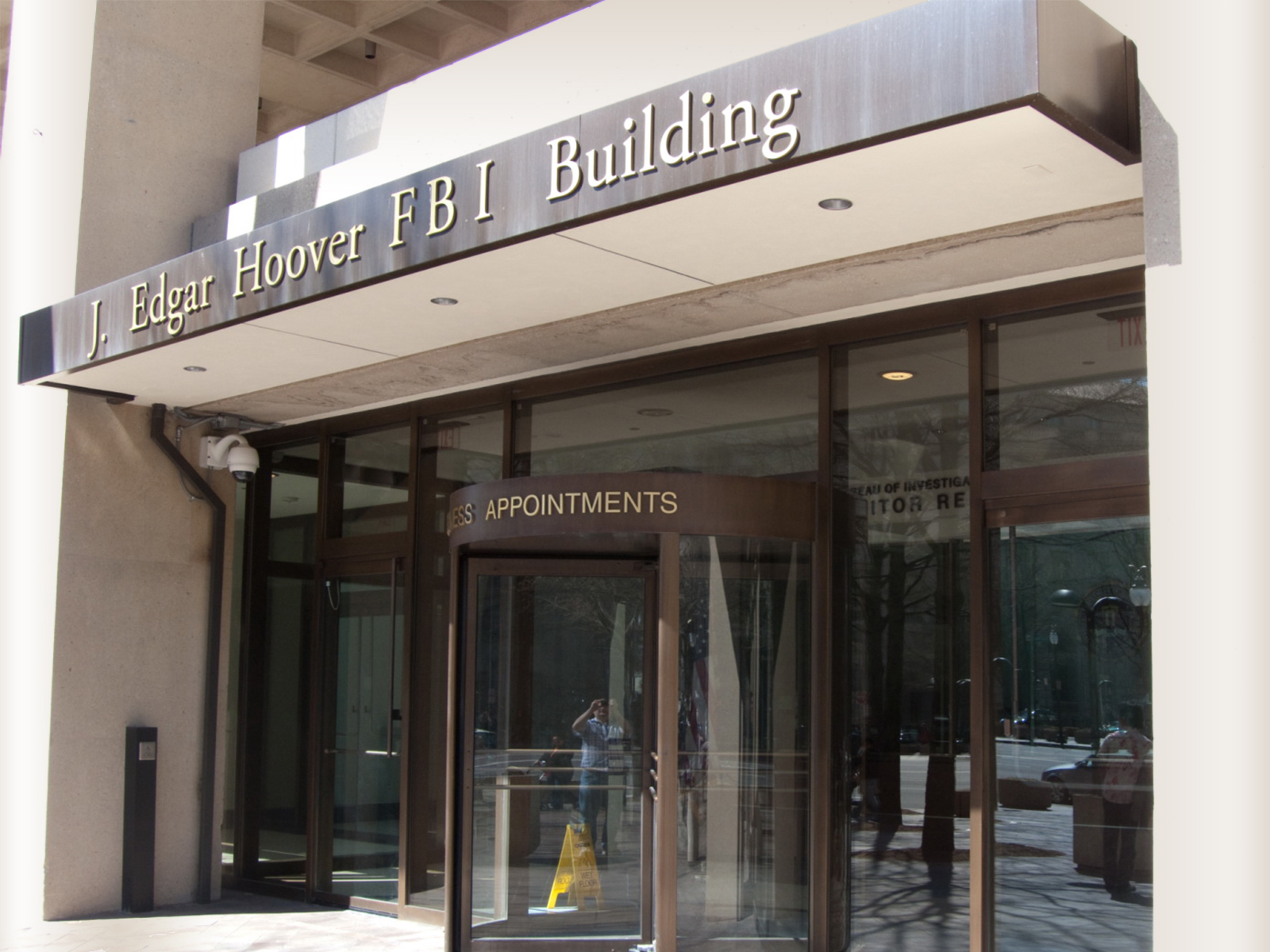 The building’s official name, the J. Edgar Hoover F.B.I. Building, was named in honor of FBI Director Hoover’s death in September of 1975.

Today, the FBI Headquarters no longer provides tours of the building. Instead, they’ve opened the FBI Education Center to provide information about the FBI and its history, but in order to get there, you need to arrange a visit through their congressional office. The FBI focuses heavily today on investigating terrorism, counterintelligence, cyber crimes, public corruption, civil rights, organized crime, white-collar crime and any violent crimes and major thefts.

The individuals that are employed by the FBI work around the clock to protect us. In return, BirdMaster’s crew honorably protected their headquarters from pest bird infestations. By installing invisible netting to facilitate against any further damages to the building’s architecture, BirdMaster safely provided reassurance so that one of our most important buildings is preserved well into the future!