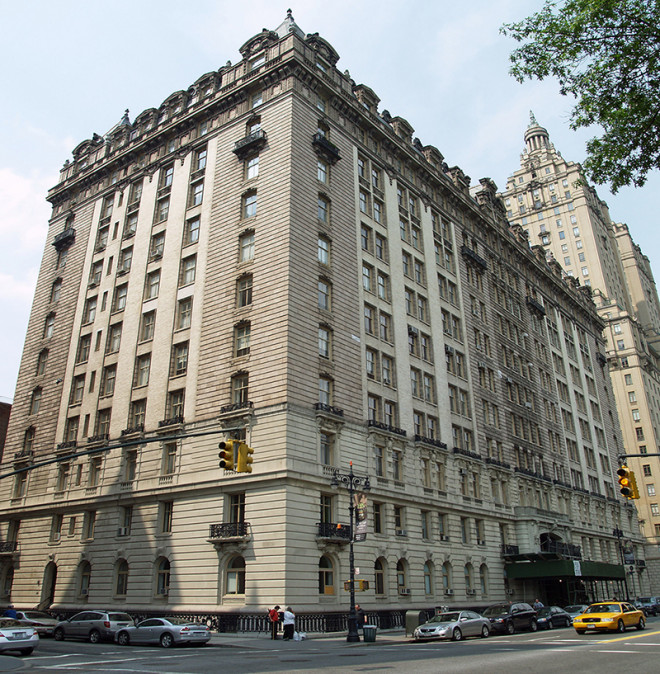 No matter where you come from, living in New York City is a dream come true. Imagine living in a luxurious, state of the art apartment building in Manhattan, facing the “most famous and beloved urban park in the world.”

Owned initially by the Clarks, the same owners of the reputable Dakota, The Langham has much more to offer than just wealth and opulence. It is history! Built at a cost of $2 million, this New York landmark contains 13 floors, 54 units and has been part of the Upper West Side/Central Park West local historic district since 1982.

Did You Know?
Irving Bloomingdale, son of the founder of the famous store, was one of the first tenants.

The Langham, located at 135 Central Park West, gains its prestigious architectural appearance, by projecting French and Italian influences. Designed by renowned architects Charles W. Clinton and William Hamilton Russell, the building was fully completed and opened for rental in 1907, exhibiting a stunning facade composed of brick, limestone, terra cotta and ironwork. However, due to its ornamented Beaux-Arts elements and prime location, The Langham has also been a favorite spot for nesting birds.

Knowing that birds can severely deteriorate the structure and cause permanent damage to the façade stonework, BirdMaster was trusted to take part in The Langham’s most recent restoration. By installing humane bird control systems, BirdMaster protected the building structure and insured that birds were safe, flying freely in their natural habitat!

And the result? Award-winning!

Thanks to the The New York Landmarks Conservancy, for offering to BirdMaster the Lucy G. Moses Preservation Award, and for recognizing BirdMaster’s dedication, product quality and hard work!