BirdMaster is proud to have played a part in preserving the United States Capitol building by mitigating the damaging effects birds can pose. Located in Washington, DC, the beautiful structure is a symbol of the American people and their government as well as the meeting place of the nation’s legislature. It’s a functioning office building as well as a popular tourist destination visited by millions of people every year. It also houses important collections of American art and is an architectural marvel in itself. 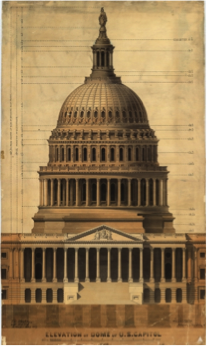 In 1793, construction of the Capitol commenced and wasn’t finished until 1800. That year, the US Congress met for the first time in the new building. They met in the north wing, which was the first completed portion of the building. About 50 years later, massive extensions to the North and South ends of the Capitol were authorized because of the westward expansion of the nation and the growth of Congress that ensued. Since then, the Capitol and its beautiful dome have become worldwide icons of our constitutional republic. 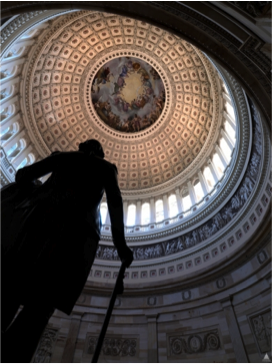 The whole complex combines both function and aesthetics in what could be considered the most excellent example of 19th century neoclassical design. The style, originating from ancient Greece and Rome, brings to mind the ideologies that lead the founding fathers as they formulated our constitutional republic. As the building was elaborated on from the original design, balance with the pre-existing sections had to be carefully maintained.

Using over 8 million pounds of cast iron, the Capitol’s dome was built. This iconic feature was designed by Thomas U. Walter in 1855 and was completed 11 years later costing over $1,000,000. It truly is a testament to the quality of American labor and innovation. The dome is certainly one of the most famous man-made landmarks in America and is an extremely appropriate way to top off the building it surmounts, being so recognizable and majestic.